Connecting Israel & the Diaspora : The Power of Jewish Community

Rabbi Gideon Sylvester is the United Synagogue’s rabbi in Israel. He has worked as an adviser on Diaspora affairs at the Office of the Prime Minister of Israel and taught Jewish approaches to Human Rights to Israeli students at the Hebrew University. Rabbi Gideon is currently writing his doctorate at Bar Ilan University and teaching at a Midrasha for religious women studying Torah and the Arts and at the Secular Yeshiva. Prior to making aliya, Rabbi Gideon served as rabbi of Radlett United Synagogue, developing it from an embryonic community into Britain’s fastest growing Modern Orthodox synagogue.

Sari, who has an MSc in Applied Psychology, works with children, youth, adults and communities that were victims of terrorist attacks, as well as working with professional staff (social workers, psychologists, teaching staff) to prepare for emergency situations. Central to her work is helping communities and individuals strengthen their resilience and their ability to cope with complex, challenging and difficult events.

Sari believes that through a process that includes
mind, body and spirit, and with an empowering therapist, people can identify their natural strengths and can overcome trauma in such a way that they will not just return to what they were before, but they will discover that they are much more than they were before the traumatic event in many different ways.

Sari spent ten days in Pittsburgh, PA in the United States this past year following the terrible terrorist attack, offering training and workshops to teachers and community members.

Coming from a background in Finance, Daniel went on to pursue studies in Jewish Education at Yeshiva University. It is there where he developed his communication skills, as well as his love for engaging people on Jewish topics and Israel, especially through music.

Having taught and led workshops and events in 5 countries across 3 continents, he has a wealth of experience bringing this art form to people of all ages. Having performed at the London 2012 Olympic and Paralympic Games for Coca Cola, he is able to bring high levels of energy and skill to each and every event! Whether in English, Hebrew, German or Swiss German, he connects with the crowd at every event. Daniel firmly believes music opens doors that remain locked by other things.

Aside from being part of numerous bands, Daniel founded and manages his Jewish Professional A Cappella Group “Rabotai”, delighting audiences both in Israel and internationally at smachot, concerts and other events, as well as creating a professional beatbox collective to bring an added layer of excitement to events! 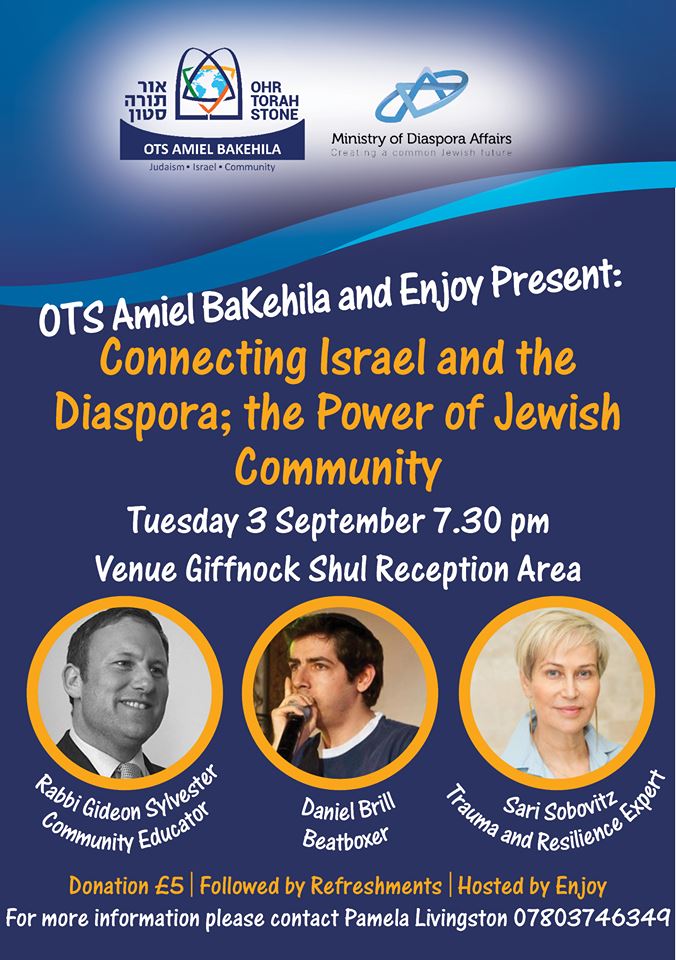 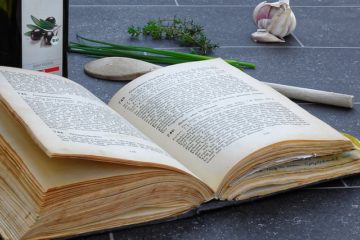 Dear community, We’re delighted to distribute the freshly compiled Giffnock Shul Community Pesach Cookbook – filled with delicious Pesach recipes submitted by members across our community. As we head into a very unique Pesach together, Read more… 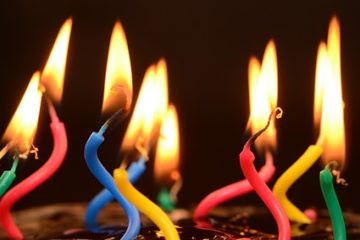 Join us for online services and daily inspiration videos! Due to Covid-19 restrictions we are launching our virtual Shul with videos, and live feed services over Zoom. Looking forward to connecting with our community! 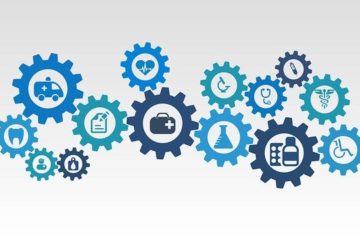 Looking for our Virtual Shul? Connect Here to our Virtual Shul MESSAGE FROM OUR CHAIRMAN Dear fellow members, Following the clearest of advice from the UK Chief Rabbi in London, and having considered the situation Read more…